“A Friendly Approach To Divorce”

Did you know that Unmarried People can now get a Divorce? 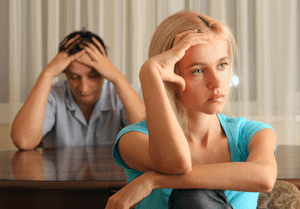 Illinois couples can now enter into a civil union that allows them the same rights as marriage, as the result of new legislation that went into effect June 1, 2011.

The Illinois Religious Freedom Protection and Civil Union Act put a new twist on laws affecting unmarried couples who break up.  Persons of either the same or the opposite sex who choose to enter into a Civil Union, now have the same rights and obligations as if they were married, at least in the state of Illinois.

This legislation is noteworthy because Illinois is now the only state to allow opposite sex couples who choose not to marry, the same rights as married spouses.

Civil unions require a license similar to marriage, along with a ceremony that can only be performed by the same officials currently authorized to perform a marriage service (clergy, judges, etc.). As opposed to being referred to as spouses, the joining partners are noted as “parties to a civil union”.

Under the new legislation parties to a civil union are granted, among other things, the right to divorce, equitable division of property, inheritance, the presumption of parentage, health care benefits when allowed under federal law and decision making for the other partner in regards to hospital, hospice or nursing home care situations.

And, couples of the opposite sex in which one party is receiving social security benefits through a former spouse’s employment may now keep those entitlements and still enjoy the full benefits that their civil union partner receives.

Since the new legislation is not recognized by federal law there are some legal differences between a marriage and civil union. Civil union parties cannot file joint tax returns, receive their partner’s employee, pension or social security benefits and are not protected under immigration laws.

See Map and Directions to our office
Civilizeddivorce