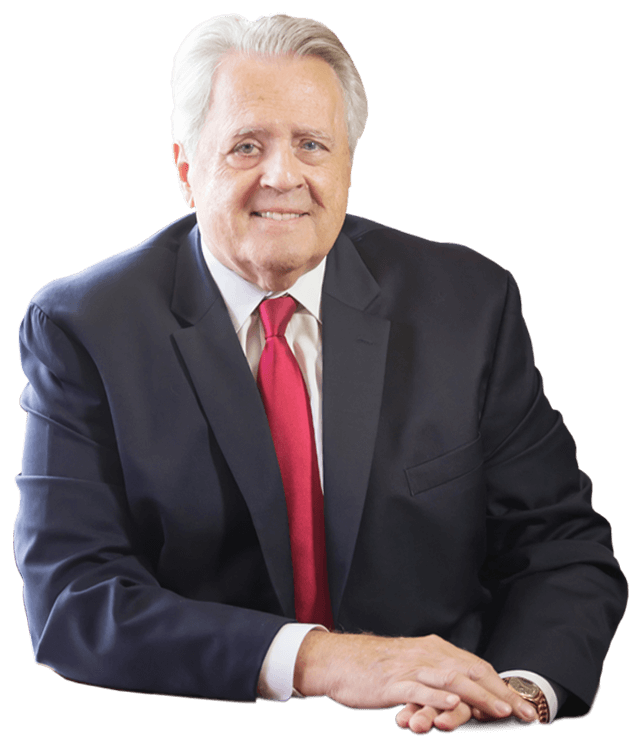 “A Friendly Approach To Divorce”

We Are a New Kind of Divorce Law Firm

We Try to Keep Our Clients Out of Court

Divorce Court is No Place for Divorce 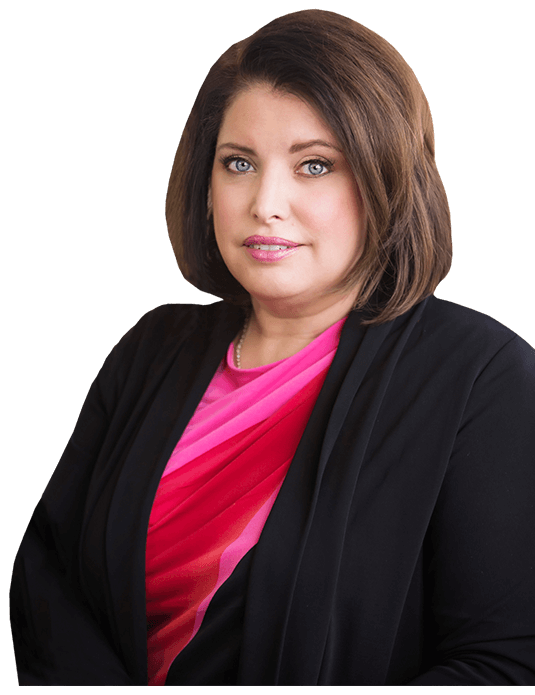 OVER 70 YEARS OF FAMILY LAW EXPERIENCE

Do you dread the divorce legal system? You’re not alone. Most people do.
We help people who want to know where to start. 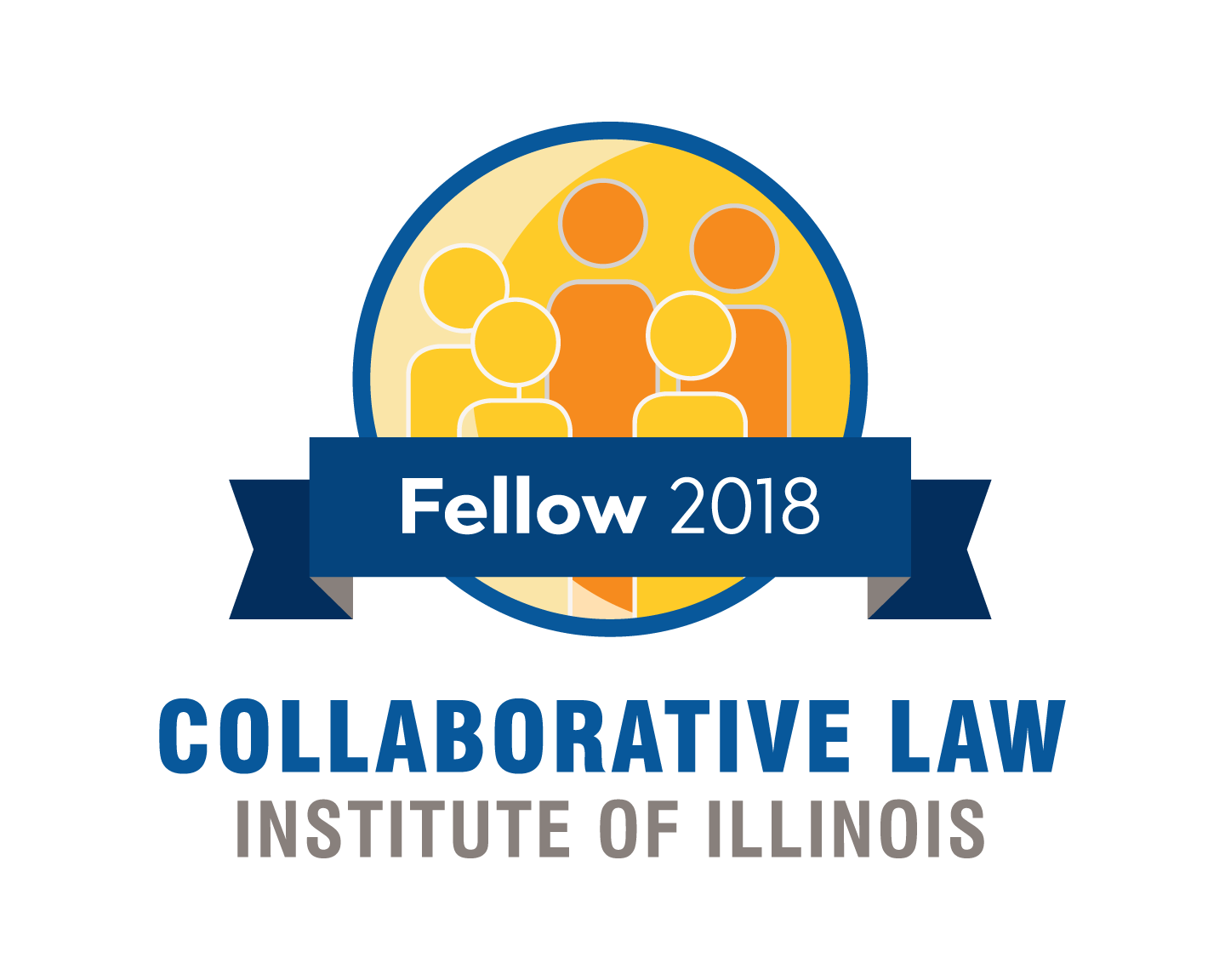 Your collaborative lawyer spends 100% of his or her time, energy, and creativity helping you to get a settlement BEFORE your divorce has a chance to become frustrating, costly, and harmful to your family spirit.

Attorney J. Richard Kulerski as seen in THE CHICAGO TRIBUNE

The Secret to a Friendly Divorce

Your Personal Guide to a Cooperative, Out-of Court Settlement
I have to admit that I was intrigued by the title of this book. The Secret to a Friendly Divorce seemed to run contrary
to most peoples’ views on the subject. Divorces mostly seem to be acrimonious affairs with the spite and venom
involved being directly proportionate to how rich and famous the people involved are.

I call it the Jerry Springer effect. Why settle a household dispute privately when you can make a complete fool of
yourself on national TV? The finest examples of the Springer Effect are to be found in your local supermarket. The
ubiquitous Tabloids that seem to exist on shelves leading to every checkout in the known universe are rife with the
sordid tales of misadventure by well known people.

Unfortunately the ‘Springer Effect’ is not limited to just the rich and famous, it operates at every economic and
social level when divorce is the subject. Several times over the years I have been the unwilling recipient of season
tickets to the 50 yard line to watch friends as they become Kamikaze pilots in the process known as divorce. Reason
and logic is thrown out the window, replaced instead with vitriol and narcissism.

The battle rages. But like so many global conflicts, when the dust settles there are no winners, only losers.

The Secret to a Friendly Divorce advocates a far different approach. OK, I already hear you saying, ‘Oh just another
self help book penned by an author who has no clue what he is talking about’. Well you are wrong J. Richard
Kulerski is a well known and well respected Divorce Lawyer in the Chicago area. In a divorce, particularly a blood
thirsty one it is the legal system that is the only beneficiary. As husband and wife launch cruise missiles at each
other the legal costs mount.

Who’s kid do you want to put through college? Your own or your lawyers?

It is because of this kind of ‘plain language’ that I have developed a great respect for Richard Kulerski. This book
will not make Richard rich, quite the opposite. The Secret to a Friendly Divorce is all about avoiding many legal and
social costs.

Few people in the heat of battle realize that divorce not only depletes the bank accounts, but also the friendship
account. The more efforts are made to recruit people to your side of the battle, the more that troops go AWOL.
Many people do not want to take sides.

The Secret to a Friendly Divorce makes perfect sense. Richard Kulerski bases his ideas in common sense,
unfortunately common sense is often a commodity in very short supply when divorce is the topic.

This is a book that anyone contemplating divorce should read. However, it likely is not a title you should leave on
the kitchen counter or night stand in the bedroom. I discovered this at my own peril. My wife spotted the book, and
stewed for a couple days. Then finally exploded:

Is there something you want to tell me?

I escaped unharmed, she knows that I am a book reviewer. I had a cast iron alibi for having it in my possession, but
it gave me pause for thought. If you are going to buy a copy, be careful where you leave it!

Richard Kulerski has a web site civilizeddivorce.com which is well worth visiting.

To order your copy of The Secret To A Friendly Divorce just go to Amazon.com or Harvardbookstore.com 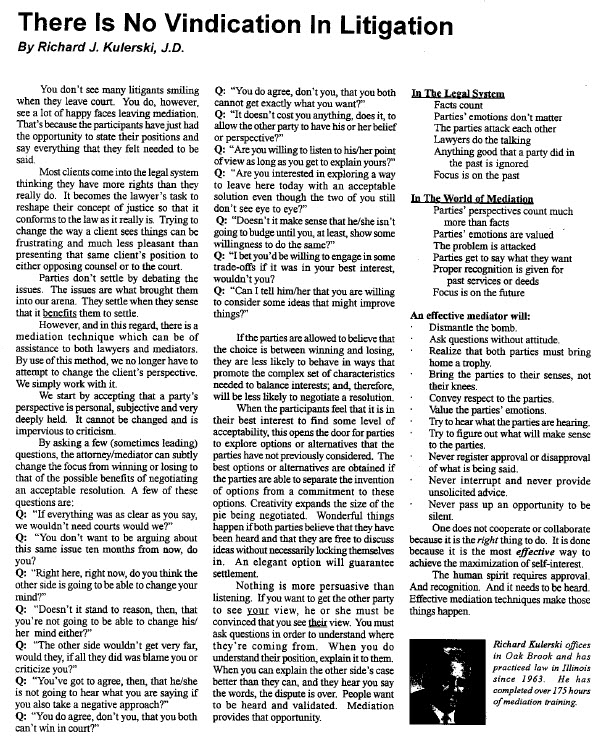 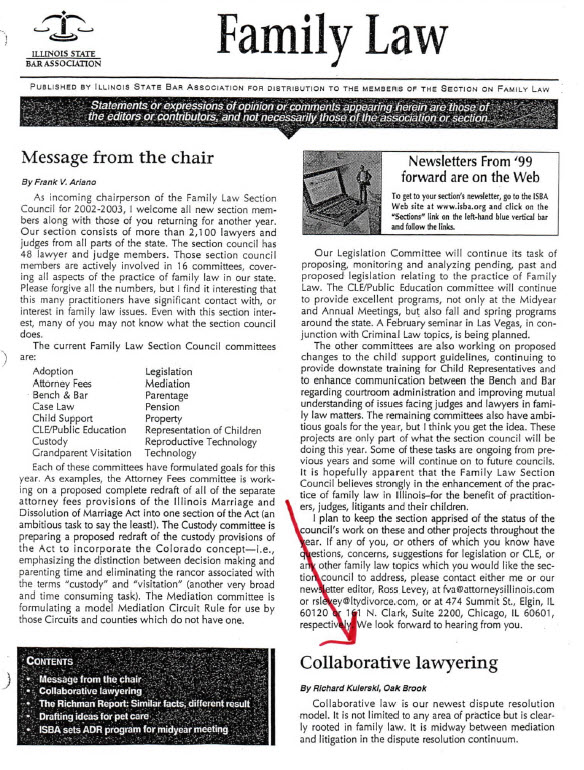 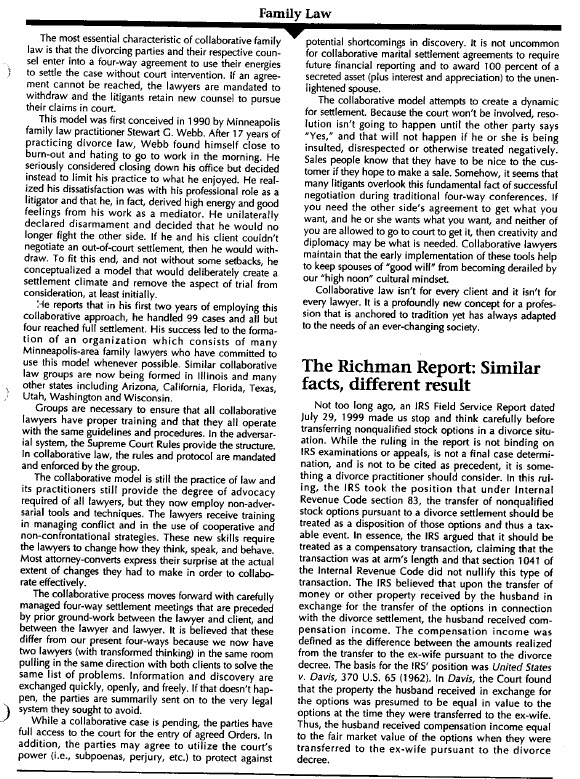 Allow a Harvard trained negotiator to assist you in speaking on your behalf.

Not ready to file, but curious?

Close to filing, but don’t know where to start?

Considering Mediation, but not sure what is involved?

If you want what is best for your children

If you only want what is fair

If you want to avoid a court battle

If you don’t want your divorce to drag on forever

If you don’t want to see the lawyers get rich

THEN YOU HAVE COME TO THE RIGHT PLACE.

WE TRY TO KEEP OUR
CLIENTS OUT OF COURT

WE MAKE GETTING YOU AN EARLY SETTLEMENT OUR NUMBER ONE PRIORITY

Please give us a call

We promise to welcome you with understanding, warmth, and professional concern.

We are good listeners. No question is too silly, and no problem is too small.

We anticipate that you may not even be near filing for divorce, and we respect that.

Absolutely no pressure is put on you to file or to hire our firm.

Note: We are not like doctors who make you wait 2-3 weeks for an appointment. Except for the rare occasions when both of our attorneys are on trial, we will meet with you within two days. 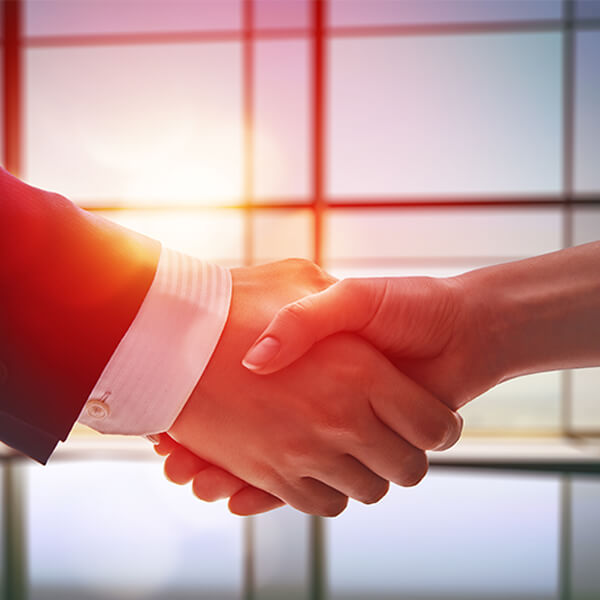 Our Family Looking Out For Yours

We believe that going to trial in divorce should be your last resort. It should not be the norm. We want to help you avoid the typical hassle that many divorcing couples endure. We are trained, experienced, and certified divorce mediators, collaborative divorce law practitioners, and we stand in the forefront of the Cooperative Divorce Law movement.

This is a totally unsolicited YouTube video that Richard Kulerski came across completely by accident.
Richard had no prior knowledge of its existence.

If you find yourself facing a divorce and
need a divorce attorney, let us help you understand your options.

Forget everything you’ve ever heard about getting divorced.
We do things differently.

We are grateful to have the opportunity to explain them to you.

Richard and Kari answer commonly asked questions from the public